It happened just a little more than 10 years ago, on February 3, 2004. The Lincoln Near-Earth Asteroid Research project (LINEAR) found a rather unremarkable solar system traveler: a small, dim comet which the International Astronomical Union eventually gave the permanent designation of "209P" on December 12, 2008. This periodic comet cruises its way around space in an orbit which takes it past Jupiter and around the Sun every five years - and it just made its last perihelion passage on May 6, 2014. 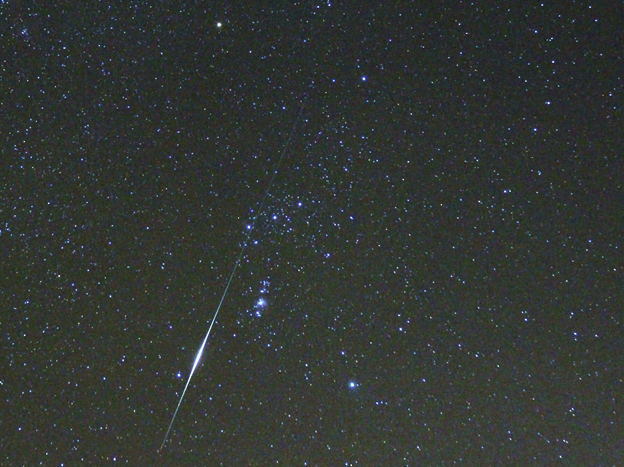 Is Comet 209P/LINEAR visible? You bet. It's running through the realms of Ursa Major and headed toward Leo, and it's about to do something spectacular: On Thursday, May 29th, the icy traveler will pass just 5 million miles from Earth - one of the closest comet approaches in history. Even though it may reach an estimated magnitude 10 and be observable with mid-sized telescopes, this little comet is not going to be an easy target. Why? Experts have predicted it will be covering about a half degree of sky an hour!

But that's not all it has to offer...

On May 23-24, just 5 days before it buzzes by us, we may encounter a stream of cometary debris left behind by Comet 209P/LINEAR in the 1800s. What will happen could be a shining meteor shower with a possibility of anywhere from a handful to thousands of "shooting stars" visible.

According to the International Meteor Organization: "Much is unknown about this comet, including its dust productivity and even its precise orbit. Consequently, while tentative proposals have been made that zenith hourly rates (ZHRs) could reach 100+ at best, perhaps up to storm proportions, based purely on the relative approach distances between the Earth and the computed dust trails, these are far from certain. The strongest activity could be short lived too, lasting perhaps between a few minutes to a fraction of an hour only. In addition, the number of dust trails involved means there may be more than one peak, and that others could happen outside the "key hour" period, so observers at suitable locations are urged to be vigilant for as long as possible to either side of the predicted event to record whatever takes place. Remember, there are no guarantees in meteor astronomy!" 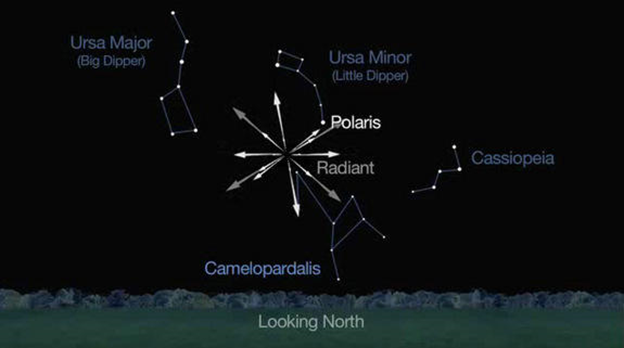 According to EarthSky.org: "Because of the time predicted for the meteor display, observers in southern Canada and the continental U.S. are especially well positioned to see the meteors in the early morning hours of May 24 (or late at night on May 23). Will the predictions hold true? They are not always 100% reliable, which is why, no matter where you are on Earth, this shower is worth a try."

Backyard observers won't be the only ones watching. Notable experts such as the head of NASA's Meteoroid Environment Office, Dr. Bill Cooke plan on viewing firsthand. "There could be a new meteor shower, and I want to see it with my own eyes," says Cooke. "We expect these meteors to radiate from a point in Camelopardalis, also known as 'the giraffe', a faint constellation near the North Star," he continues. "It will be up all night long for anyone who wishes to watch throughout the night."

So just how many meteors might you expect to see? One thing in everyone's favor is that the Moon is nearing its New phase, and won't pose much of a light pollution problem. However, there are no guarantees that the new May Camelopardalid Meteor Shower will be prolific - it might just fizzle out.

When meteor experts Esko Lyytinen of Finland and Peter Jenniskens at NASA Ames Research Center announced that Earth was due for an encounter with debris from Comet 209P/LINEAR, they could only present modeling for the debris trail and not a 100% accurate representation of how much material the comet may have shed during that particular trip around the Sun. If the comet shed a huge amount of dust, it may be a 1,000 per hour shower, but it's more likely you'll just catch a bright streak every few minutes. Either way, it will be a grand time and another astronomy "first" for your observing records!