Friday, June 28 - With early evening dark skies on our side, we'll spend the next few days concentrating on a very specific region of the night sky. Legend tells us the constellation of Crater is the cup of the gods - a cup befitting the god of the skies, Apollo. Who holds this cup, dressed in black? It's the Raven, Corvus. The tale is a sad one - a story of a creature sent to fetch water for his master, only to tarry too long waiting on a fig to ripen. When he realized his mistake, the sorry Raven returned to Apollo with his cup and brought along the serpent Hydra in his claws as well. Angry, Apollo tossed them into the sky for all eternity and it is in the south they stay until this day. 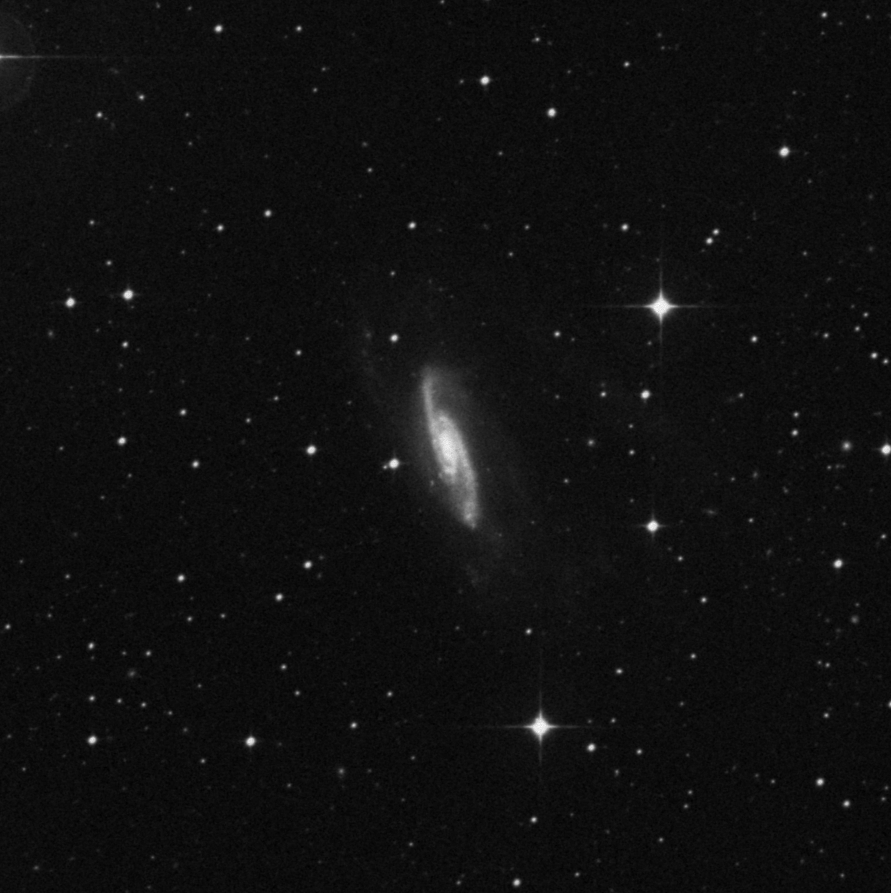 For the next few days, it will be our pleasure to study the Cup and the Raven. The galaxies I have chosen are done particularly for those of us who still star hop. Let's start with a "marker" star that should be easily visible unaided on a night capable of supporting this kind of study. The field stars are quite recognizable in the finder and this is an area that takes some work. Because these galaxies approach magnitude 13, they are best suited to the larger telescope.

Now, let's go between map and sky and identify both Zeta and Eta Crater and form a triangle. Our mark is directly south of Eta the same distance as between the two stars. At low power, the 12.7 magnitude NGC 3981 (Right Ascension: 11:56.1 - Declination: -19:54) sits inside a stretched triangle of stars. Upon magnification, an elongated, near edge-on spiral structure with a bright nucleus appears. Patience and aversion makes this "stand up" galaxy appear to have a vague fading at the frontiers with faint extensions. A moment of clarity is all it takes to see tiny star caught at the edge.

Saturday, June 29 - Tonight's first study object, 12.7 magnitude NGC 3956 (Right Ascension: 11:54.0 - Declination: -20:34) is about a degree due south of NGC 3981. When first viewed, it appears as edge-on structure at low power. Upon study it takes on the form of a highly inclined spiral. A beautiful multiple star and a difficult double star also resides with the NGC 3956 - appearing almost to triangulate with it. Aversion brings up a very bright core region which over the course of time and study appears to extend away from the center, giving this very sweet galaxy more structure than can be called from it with one observation.

Our next target is a little more than two degrees further south of our last study. The 12.8 magnitude NGC 3955 (Right Ascension: 11:54.0 - Declination: -23:10) is a very even, elongated spiral structure requiring a minimum of aversion once the mind and eye "see" its position. Not particularly an impressive galaxy, the NGC 3955 does, however, have a star caught at the edge as well. After several viewings, the best structure I can pull from this one is a slight concentration toward the core. 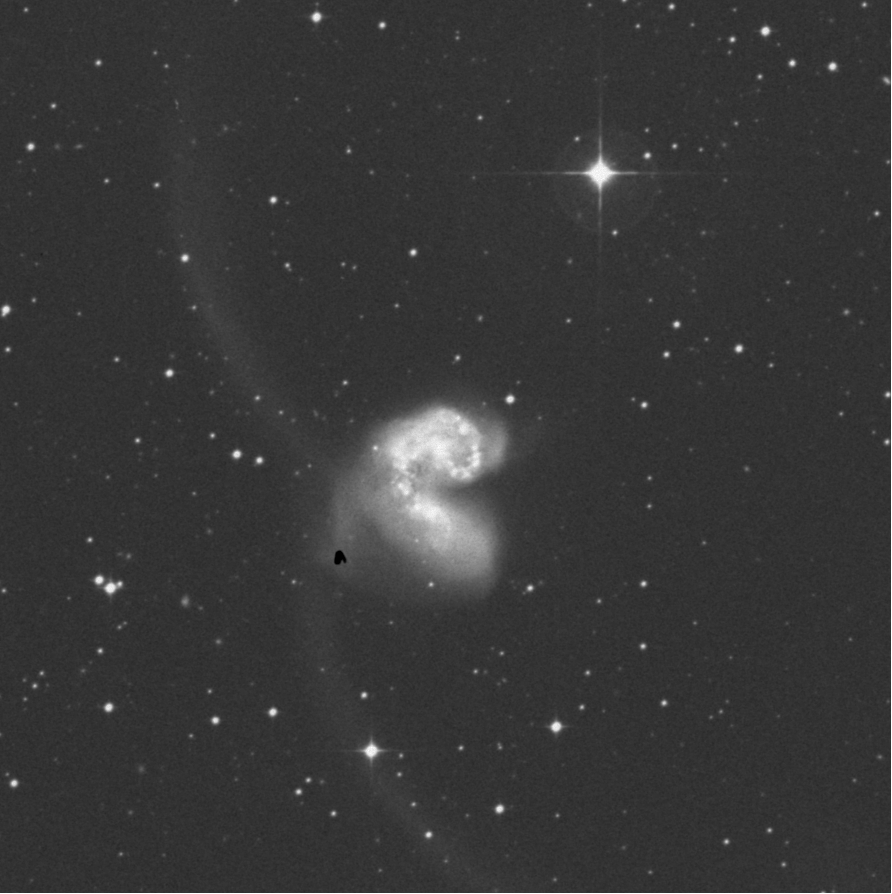 Next, all that is required is that you find 31 Corvii, an unaided eye star west of Gamma and Epsilon Corvii. Now we're ready to nudge the scope about one degree north. The 11th magnitude NGC 4038/39 (Right Ascension: 12:01.9 - Declination: -18:52) is a tight, but superior pair of interacting galaxies. Often referred to as either the "Ringtail" or the "Antenna", this pair deeply captured the public's imagination when photographed by the Hubble. At low power the pair presents two very stellar core regions surrounded by a curiously shaped nebulosity. Now, drop the power on it and practice patience - because it's worth it! When that perfect moment of clarity arrives, we have crackling structure. Unusual, clumpy, odd arms appear at strong aversion. Behind all this is a galactic "sheen" that hints at all the beauty seen in the Hubble photographs. It's a tight little fellow, but worth every moment it takes to find it.

Return to 31 Corvii and head one half degree northwest to discover 11.6 magnitude NGC 4027 (Right Ascension: 11:59.5 - Declination: -19:16). Relatively large, and faint at low power, this one also deserves both magnification and attention. Why? Because it rocks! It has a wonderful coma shape with a single, unmistakable bold arm. The bright nucleus seems to almost curl along with this arm shape and during aversion a single stellar point appears at its tip. This one is a real treat!

Sunday, June 30 - Tonight let's look to the sky again and fixate on Eta Crater - our study lay one half degree southeast. The 12.8 magnitude NGC 4033 (Right Ascension: 12:00.6 - Declination: -17:51) is a tough call even for a large scope. Appearing elliptical at low power, it does take on some stretch at magnification. It is smallish, even and quite unremarkable. It requires good aversion and a bit of patience to find. Good luck! 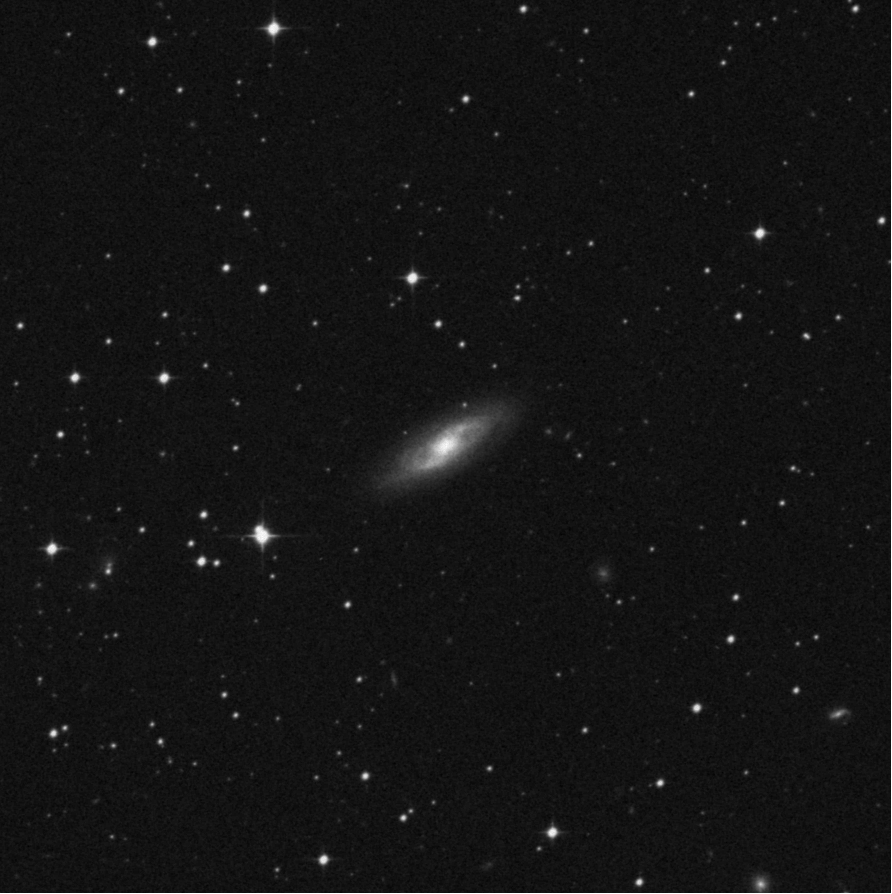 The last of our studies resides by a star, one degree west of Beta Corvii. In order to "see" anything even remotely called structure in NGC 4462 (Right Ascension: 12:29.3 - Declination: -23:10), this one is a high power only galaxy that is best when the accompanying star is kept out of the field as much as possible. It holds a definite stellar nucleus and a concentration that pulls away from it making it almost appear barred. On an exceptional night with a large scope, wide aversion and moments of clarity show what may be three to four glints inside the structure. Ultra tiny pinholes in another universe? Or perhaps an unimaginably huge, bright globular clusters? While attention is focused on trying to draw out these points, you'll notice this galaxy's structure much more clearly. Another true beauty and fitting way to end this particular study field!

Until next week — Wishing you clear skies!